The Beacon: Pushing the Limits of Indie Filmmaking

Have you ever stopped to think about everything that goes in to making a short film? How about a short film with over 230 VFX shots? With a twenty-seven-minute run time and more than two hundred visual effects shots, indie sci-fi film The Beacon is a case study on how clear art direction, planning, and coordination can take a small team and tight budget to stellar heights.

Following a screening of The Beacon, director and visual effects supervisor Chris Staehler will take us behind the scenes of the ambitious, award-winning short film for an in-depth look at the project from start to finish. Discover the challenges Chris and his team faced during each part of production, as well as the (occasionally non-traditional) solutions that helped bring the short together. From employing the latest rendering technology to cut down on time and hardware requirements to throwing flour on actors to simulate snow, Chris will talk us through the visual effects, “special effects,” and practical production lessons, tips, and tricks he and the team utilized throughout the project. Whether you’re a student curious about larger projects, a filmmaker interested in diving into visual effects, or a science fiction movie aficionado, there’s sure to be something you’ll love during this making-of event.

Seating is limited, so be sure to RSVP and arrive in good time to secure a place in line. Attendee check-in will open around 6:30 PM; a valid Eventbrite RSVP will be required to get an event wristband. While the making-of portion of this event will be livestreamed starting at approximately 8:00 PM PST, the screening of The Beacon will be exclusive to the Gnomon campus audience. 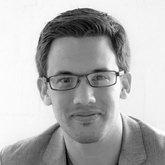 Chris wrote, directed, and supervised visual effects on The Beacon. Drawn to the power of storytelling through film, Chris took up experimenting with visual effects to help tell his tales. He earned his Bachelor of Science in Computer Graphics from Purdue University before making his way to Los Angeles’s film industry, where he’s worked as compositor, matte painter, previsualization supervisor, and visual effects supervisor. Outside of his short film work, Chris is currently a Previsualization Supervisor at Pixomondo, where he has worked on franchises such as Call of Duty, Independence Day, and The Purge in both a previz and compositor capacity.