The Art of War: Crafting Environments for Battlefield V

Watch Crafting Environments of Battlefield V: An Evening with DICE LA from Gnomon_School on www.twitch.tv

Join us on May 30th for an evening with DICE LA as artists from the team behind Battlefield V reveal what goes into creating environments for the game’s ever-expanding photorealistic world.

Thanks to Tides of War, Battlefield V’s live service which introduces new gameplay modes and maps through post-launch updates, the award-winning shooter continues to evolve months after release. During this not-to-be-missed event, discover how the team takes a level from concept to completion and hear about the techniques used in crafting Mercury as the they discuss the photogrammetry and visual effects workflows behind the game’s latest map.

Seating is limited, so be sure to RSVP and arrive in good time to secure a place in line. Attendee check-in will open at approximately 6:30 PM; a valid Eventbrite RSVP will be required to get an event wristband. If you are unable to make it to campus, you can watch the event live on Gnomon's Twitch channel. 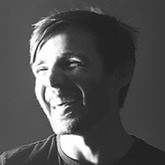 Guilherme started his career as a 3D Generalist creating, scanning, and assembling 3D environments. Utilizing 3D scanning and digital 3D techniques for projects with NASA, Warner Brothers, and more, he garnered a 2016-2017 Primetime Emmy nomination and 2 Webby Awards during his time at 8i Labs. Currently, Guilherme works at DICE LA as a 3D artist and researches new methodologies to create real-time content. 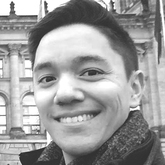 Chris has worked at studios across the US, including Vicarious Visions, Toys for Bob, Sledgehammer Games, and DICE LA. He honed his skills in stylized and realistic effects with work on the Skylander and Call of Duty franchises, and currently works on Battlefield V where he collaborates closely with the world, lighting, audio, and design teams to breathe life into the maps and immerse the players into their virtual worlds. 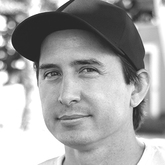 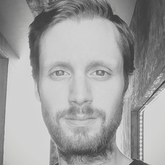 Before working at DICE, Pat worked on award winning VR experiences with companies like 8i, Scatter, and Fancy Rainbow and toured the country as guitarist in Seattle based band Great Grandpa. Pat specializes in pushing the limits of real-time environment photorealism through the combination of scan-based techniques including photogrammetry and photometric stereo, procedural tools, and traditional artistry.